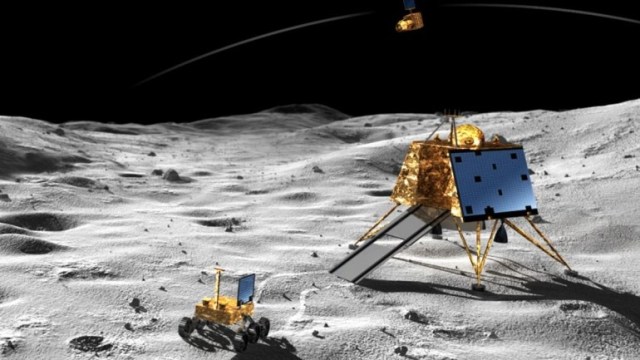 Scientists of Indian Space Agency Organization (ISRO) are still engaged in contacting Vikram Lander of his second moon mission Chandrayaan-2. However, ISRO tweeted that thank you all for standing with us. We will continue to be inspired by the hopes and dreams of Indians all over the world. That is, people are also saying about this message that now ISRO scientists are moving towards the next mission. But Chandrayaan-2 will also keep an eye on the mission. However, now the contact with Vikram Lander is over. Because there is only about 3 hours left for the moon to become a night.

Around 1.50 am on September 7, the Vikram lander fell on the south pole of the moon. The time when the Vikram lander of Chandrayaan-2 fell on the moon, it was there in the morning. That is, the sunlight started falling on the moon. The full day of the moon, that is, the full time of sunlight is equal to 14 days of the Earth. That is, it will be night on the moon on 20 or 21 September. Vikram Lander and Pragyan Rover, who took the mission to work for 14 days, will complete their mission time. Today is 18 September, that is, about 3 hours before the night of 20-21 September on the moon. That is, it is evening on the moon. When the date of September 20 and 21 is in our calendar, then the darkness of the night will be over the moon.

On September 16, while talking to Aajtak.In, Project Scientist Noi.E Petro of the American Space Agency NASA’s Lunar Reconnaissance Orbiter (LRO) had told that the evening is beginning to occur on the moon. Our LRO will take pictures of Vikram Lander, but there is no guarantee that the photos will be clear. Because, in the evening the sunlight is less and in such a situation it will be a challenging task to take clear pictures of any object on the surface of the moon. But whatever pictures will come, we will share them with ISRO, the Indian space agency.

If by 20-21 September somehow scientists of ISRO and other agencies around the world succeeded in contacting Vikram Lander, well, otherwise it can be assumed that contacting Vikram again will be nothing short of a miracle. . Because, the night will start on the moon, which will be equal to 14 days of the Earth. There will be no sunlight in the part of the moon where Vikram Lander is. The temperature can go down to minus 183 degree Celsius. It is difficult to say that the electronic parts of Vikram Lander will be able to keep themselves alive in this temperature. Therefore, Vikram Lander will not be able to contact.