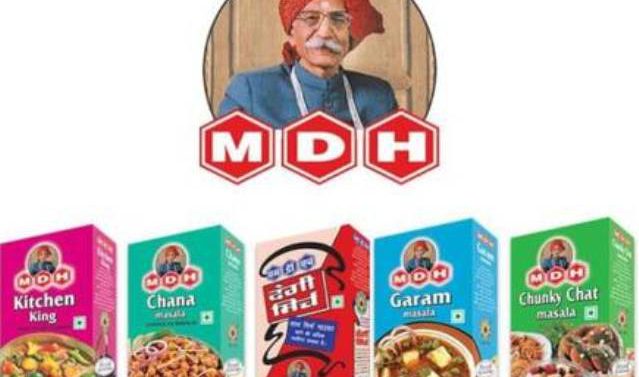 Samples of all the products of the brand will now be examined after the complaint of bacteria in Sambhar Spices of the country’s famous vegetable spice company MDH. A letter has been written by the All India Food and Drug License Holder Foundation (AFDLHF) to the Maharashtra Food and Drug Administration Department. It said that according to an official statement released by the American Food and Drug Authority (FDA), the confirmation of salmonella in a product of MDH spice has been confirmed.

It has been written in the letter that at least three consignments of these spices have been sent back from the US after allegedly receiving Salmonella bacteria in MDH’s sambar spices. After the results of some tests conducted by the FDA, the Food and Drug Regulatory Body of America, the steps have been taken to get the sample tested. Maharashtra FDA has been requested to take samples of all MDH products immediately after taking cognizance of the case.

The company returned three lots of spices after the US Food and Drug Administration (FDA) detected the Salmonella bacteria in the MDH brand of sambar masala. Salmonella bacteria were found when the product distributed by the House of Spices (India) was tested in an FDA certified lab. Which is very harmful for health.

Diseases such as diarrhea, fever, abdominal cramps occur in 12 to 72 hours after eating salmonella-infested foods. It takes four to seven days to get rid of these diseases. The elderly, the newborn and those with weak immune systems are at highest risk of the disease.