Home / World / PAK was isolated in the world 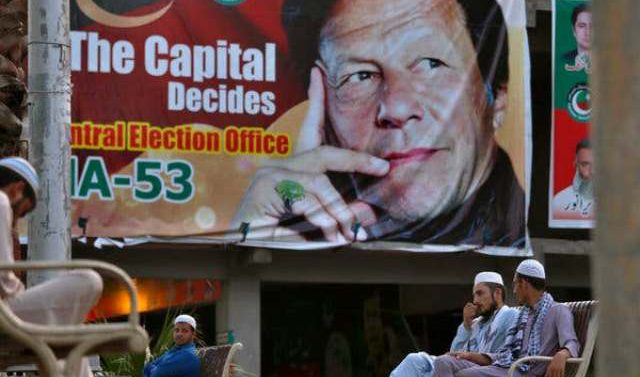 Pakistan Prime Minister Imran Khan claims that at his behest, many countries are ready to put pressure on India on the issue of Jammu and Kashmir. But Pakistan’s home minister has denied this and has said that Pakistan is alone in the world on Kashmir issue. This is the reason that Imran Khan is once again reaching Pakistan Occupied Kashmir to attract the attention of the world.

Article 370 was withdrawn from Jammu and Kashmir, then Pakistan’s sleep blew. Imran Khan has addressed his country dozens of times since August 5. Pakistan raised this issue on many forums in the world but everywhere felt disappointed.

This is the second visit of Imran Khan to Pakistan Occupied Kashmir after India’s decision on Jammu and Kashmir. Imran Khan had earlier gone to PoK’s Parliament on 14 August and addressed the session there. Even then, Imran Khan made a wrong statement against India.

August 14 was the day of Pakistan’s independence, in such a situation, Imran worked to draw the world’s attention to PoK. He then appealed to his countrymen to go out on the streets for half an hour on the Kashmir issue every Friday at 12 noon.

Pakistan People’s Party leader Bilawal Bhutto also criticized Imran Khan’s policy on Jammu and Kashmir. Bilawal had said that earlier Pakistan’s policy was to take back Srinagar, but under Imran, we have to think of saving Muzaffarabad (PoK). Since then, the movement regarding PoK has intensified.