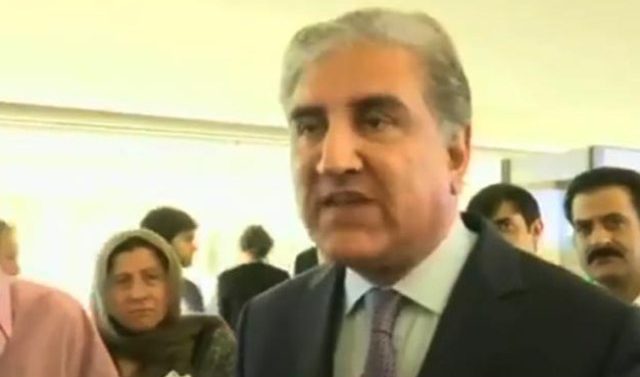 Pakistan has raised the issue of Kashmir at the United Nations Human Rights Council in Geneva. At the same time, Pakistan has considered Jammu Kashmir as part of India. In the UNHRC, Pakistan Foreign Minister Shah Mehmood Qureshi has said that Jammu and Kashmir is the state of India. After the removal of Article 370, Pakistan’s anger is coming to the fore. He is trying to surround India on every possible platform. But every time he has to face his mouth. Pakistan’s foreign minister also spoke truthfully. A video of his statement has also surfaced.

Speaking to the media, he said, ‘India wants to show the world that life in Kashmir has become normal again. If this is the case then why India is not letting the international media, NGOs and civil societies in their Jammu and Kashmir know so that they can see the situation there. In the United Nations Human Rights Council, Pakistan has again chanted the Kashmir raga. Foreign Minister Shah Mehmood Qureshi made baseless allegations that the UN resolutions were being violated in Kashmir and the Council should pay attention to the violation of human rights. We demand the formation of a joint inquiry committee on this.

Pakistan told the UNHRC not to sit silent on the Kashmir issue. During the meeting, Pakistan said that India has abolished the special status of Kashmir. He described Kashmir as the world’s largest prison, a human rights cemetery. Sanctions have been imposed in Kashmir after the removal of Article 370 giving special status to Jammu and Kashmir, but the Government of India has clarified more than once that unrest cannot spread in Kashmir at the behest of Pakistan, hence imposed these restrictions Gaya and according to the situation, they are now being relaxed.