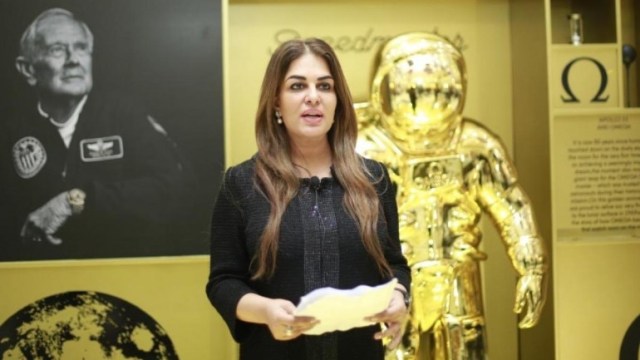 Chandrayaan-2 lander Vikram lost contact before landing on the moon. Indian Space Research Organization (ISRO) lost contact with Chandrayaan-2 when it was just two kilometers from the lunar surface. However, Chandrayaan-2’s orbiter has been installed safely in its orbit and it can work for the next seven and a half years.

ISRO is being praised for this achievement not only in India, but worldwide. Even Pakistan’s first astronaut Namira Salim has congratulated ISRO for this historic effort. Namira Salim said, “I congratulate ISRO and India for the historic attempt of soft landing in Chandrayaan-2 lander Vikram’s south pole of the moon.”

Pakistani astronaut Namira Saleem said, “Chandrayaan-2 mission is a quantum leap in the field of space for South Asia. It is a matter of pride not only for South Asia, but for the entire global space industry. Namira Saleem is Pakistan’s first astronaut, who will go to space with Sir Richard Branson Virgin Galactic. Sir Richard Branson Virgin Galactic is the world’s first commercial spaceline.

Namira Saleem is very vocal about space diplomacy. She advocates for a new front in space for peace on earth. Namira Salim is the first Pakistani and the first woman from Monaco, who has set the record of reaching North Pole and South Pole. She reached North Pole in April 2007 and South Pole in January 2008.

At the same time, about the mission Chandrayaan-2, ISRO said that Chandrayaan-2 has achieved 95 percent of its mission. The Gaya Orbiter with Chandrayaan-2 has been established in its orbit and it can work for the next 7 and a half years. Earlier there was scope to work for only one year.