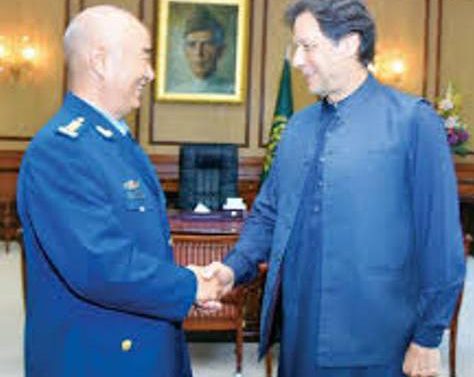 The air forces of China and Pakistan are currently engaged in a joint military exercise in Chinese city of Holton, close to the Indian border near Ladakh. Labelled Shaheen VIII, this is the eighth such exercise undertaken by India’s two neighbours. It comes at a time when the country’s relations with Pakistan have hit rock bottom. The air to air war games is said to be an exercise to develop a mechanism for interoperability of both countries’ air forces.

The exercise touted as the means to enhance close relations between the all-weather allies, however, has drawn a sharp reaction from India, with the Indian Air Force claiming it will watch all developments closely. The reason that this year’s exercise has put India on its guard is its proximity to the Leh region. The location is reportedly around 300 kilometres north of Leh city.

Moreover, Pakistani JF-17 planes, which are participating in this year’s drill, have passed through the Skardu airbase in Gilgit Baltistan, a semi-provincial area occupied by Pakistan, which India claims is a part of the former princely state of Jammu and Kashmir and is an integral part of the country. The Pakistanis have used the base after a long time to join the Chinese Air Force which has built several bases in the northern region with India.

Pakistan is one of the biggest recipients of the Chinese military, which includes missile technology, fighter planes and warships. During the recent post-Balakot conflict also, the Pakistan Air Force had relied heavily on Chinese military equipment including fighters.

After the abrogation of Article 370 in Jammu and Kashmir, both China and Pakistan have expressed concerns over the decision. While China has issues over Ladakh being declared as a Union Territory, Pakistan has been making a hue and cry over the changes made in Kashmir.

What we know about the nature of the exercise, equipment used?
Islamabad is participating with its JF-17 fighter aircraft while China is taking part with their J-10 and J-11 fighters.

The JF-17, a single-engined light jet aircraft, is the byproduct of long-standing military aid by China to cash-starved Pakistan. China and Pakistan had begun joint development and manufacture of the single-engine light JF-17 jets, which were overhauled quite recently for replacement of old components, including the airframe and engine. JF-17 has become a mainstay of the PAF in recent years after US restricted sales of F-16 warplanes after the 1990 arms embargo imposed on Pakistan under the Pressler amendment. It is reported to have over 100 JF-17 planes with more in the pipeline.