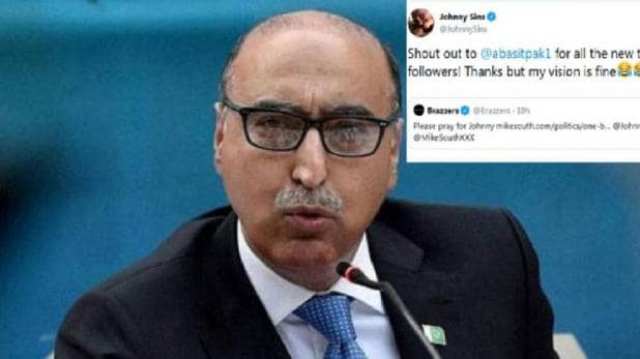 On this tweet, Johnny Sins wrote in a retweet that thanks a lot to Abdul Basit, because of him my followers have increased a lot. However, my eyes are completely correct.

When this tweet was disputed and Abdul Basit got the news of its throwing, he deleted this tweet. But by then the game of competition was done.

It is worth noting that even before this many leaders and journalists of Pakistan have posted such fake pictures which they are associating with violence in Kashmir. It has happened many times that he is posting an old picture of violence in Pakistan as Kashmir, but in this world of social media all the truth is now coming to the fore.