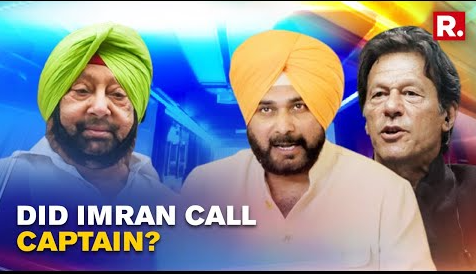 Former Punjab chief minister Amarinder Singh Monday claimed that he had received a request from the Prime Minister of Pakistan, Imran Khan, to include Congress leader Navjot Singh Sidhu in his cabinet weeks after he had “removed him”. The request, he added, came with a caveat: “Remove him again in case he fails to perform”.

Singh said Khan’s request came soon after he “removed Sidhu from the job” — Sidhu resigned from the cabinet on 14 July 2019 after he was divested of the local government portfolio. Sidhu is currently the Punjab Congress president.

After two or three weeks, I got a message from somebody whom we both (Sidhu and Singh) knew, saying that he (the Pakistan PM) requested me to include Sidhu in my government and remove him if he doesn’t work,” Singh said.