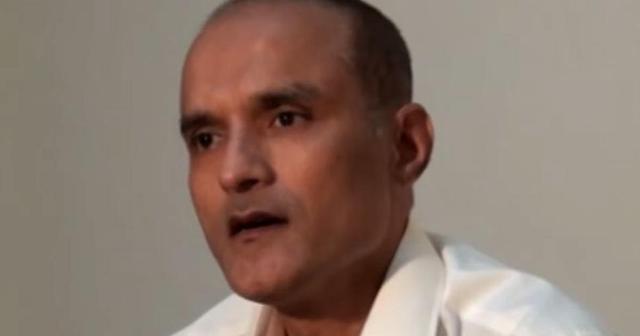 A big news came out about Kulbhushan Jadhav, an Indian citizen imprisoned in a Pakistani jail on charges of espionage. It was told in that news that Pakistan is preparing to run Jadhav’s case in Civilian Court. But soon after evening, this news was denied by the Pakistani Army.

Pakistan Army spokesman Major General Asif Ghafur has announced in a tweet that the news of changes in Pak Army Act in the case related to Jadhav is wrong. Gafoor wrote in the tweet, “Speculation of amendment in Pak Army Act to implement ICJ’s decision regarding Kulbhushan Jadhav is wrong. Various legal options for reviewing and reconsidering the case are being considered. Final status time Will be shared with.

Pakistan is going to take a big decision in the case of Kulbhushan Jadhav, an Indian citizen. According to sources, the Army Act will be amended to run Jadhav’s case in Civilian Court. After this, Jadhav will have to appeal against his arrest in the Civilian Court.

Earlier last month , the International Court of Justice (ICJ) reprimanded Pakistan in the case of Indian citizen Kulbhushan Jadhav. ICJ President Judge Abdulakavi Yusuf informed the UN General Assembly that Pakistan did not discharge its obligations under Article 36 of the Vienna Convention in the Kulbhushan Jadhav case. Necessary action was not taken in the entire case.

In April 2017, Kulbhushan Jadhav was sentenced to death by a Pakistani military court on charges of espionage and terrorism. It was the bench headed by Abdulkawi Ahmed Yusuf that decided to reconsider the sentence in this case.