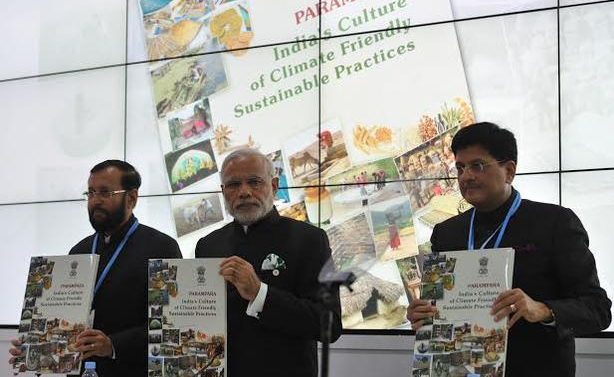 Gandhi Jayanti government would accept the agreement on climate change in Paris. Narendra Modi declared. India’s move to fight climate change by the end of this year the entry into force of the Treaty Vasriwk will clear the way. US Ambassador to India Richard Verma said the US welcomes the decision of the Prime Minister. India has maintained its commitment to protect the climate.

The Prime Minister of the BJP National Action Council announced this significant. The Prime Minister said India October to approve the agreement on climate change in Paris. The agreement on December 12, 2015 was held in the French capital Paris. Then on April 22 this year, India had signed this. Cabinet approval of the agreement, India will be obliged to follow Sharrto. India October last year to fight the climate change action plan was made public.

Vasriwk emissions in accordance with the provisions of the United Nations if the 55 countries that account for more than 55 percent approved of the deal, it will be applied. So far, the number of countries that ratified it, but all these countries exceeded 55 Vasriwk emissions contribute about 48 per cent. India 4.1 per cent of global emissions. This October, India’s agreement to accept the countries have so far approved it will reach 55 percent of total emission limits and then it will be closer and implementation.

Environment Minister Anil Madhav Dave said so far more than 50 countries have accepted the deal. In India it has the right to the Cabinet, headed by the Prime Minister. Today the Prime Minister announced that we will approve the agreement in Paris. The agreement on climate change targets which were made all the nations to get them to move forward. India is a big step toward the global stage.

The Japan, Canada and Australia have not yet accepted the Paris Agreement. They will be approved by Parliament. Similarly, European Union, South Africa and Russia has not yet approved the deal.

Paris deal will approve the India the United States appreciates