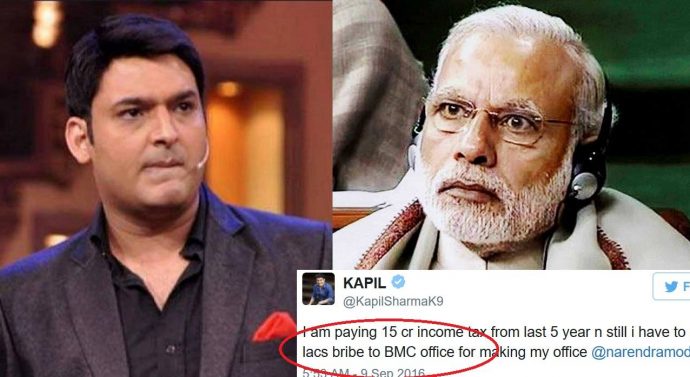 Kapil Sharma raked up a storm yesterday morning when he made angst-laden tweets targeting the Prime Minister. The one time stand-up comedian is now a big star and it looks like stardom has reached up his head.
Kapil Sharma tweeted about how he is paying crores in taxes but still was being pestered to pay a bribe to get his office constructed. Sharma had been issued a notice by the Brihanmumbai Municipal Corporation  for illegal construction on his property in Andheri West. 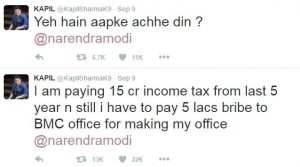 These tweets of Kapil sparked debate as he had not lodged a formal complaint with the BMC and was instead taking potshots at the Prime Minister for a local dispute. People touted this to be an arrogant outburst and some even said that this might be Kapil’s attempt to enter the political scene.