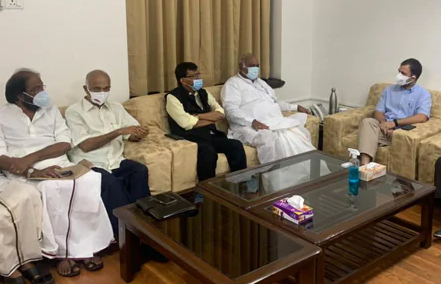 The Prime Minister “inserted a weapon in our phones”, used it to “hit the soul of India’s democracy” and now the government is trying to silence opposition demands for a discussion in Parliament, Congress MP Rahul Gandhi said Wednesday.

Mr Gandhi was addressing reporters after a meeting of 14 opposition parties – a meeting to chalk out a strategy to take on the government over the Pegasus phone-hacking scandal, which has triggered protests in, and forced repeated adjournments of, the monsoon session of Parliament.

The issue of Pegasus is an issue of nationalism and treason for us because this weapon was used against democracy. For me, it’s [using Pegasus not an issue of privacy, but an anti-national activity.”