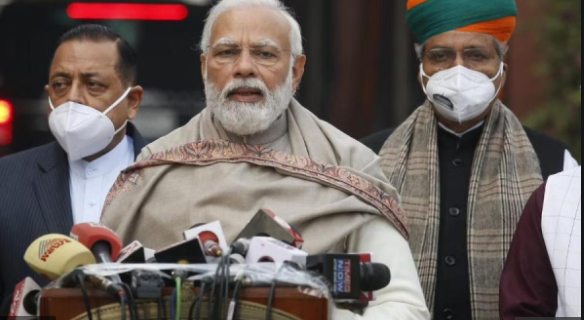 Prime Minister Narendra Modi will be participating in a virtual meeting with his counterparts of Australia, Japan and the USA, the External Affairs Ministry said on Thursday. The Leaders will have an opportunity to continue their dialogue after the September 2021 Summit in Washington DC.

Last month, on February 11, External Affairs minister S Jaishankar had joined the Quad Foreign ministers’ meeting in Melbourne along with his counterparts from US, Japan and host Australia. In what was perceived as a clear signal to Beijing, they had decided to pursue a “shared vision” of “upholding a rules-based international order, free from one based on coercion with respect for territorial integrity and sovereignty”.

U.S. President Joe Biden, Australian Prime Minister Scott Morrison and Japan Prime Minister Fumio Kishida are among those who will take part in the discussion. The last in-person Quad summit was held on September 24 last year and was hosted by Mr. Biden in the White House.