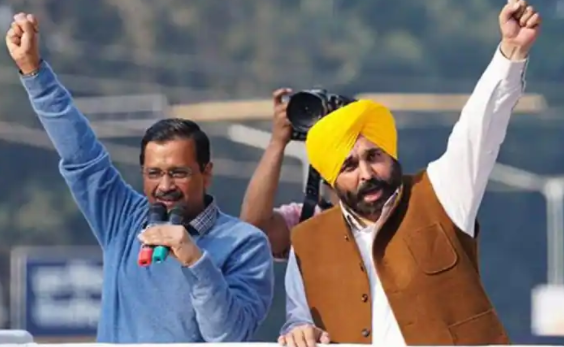 Punjab chief minister-elect Bhagwant Mann and Aam Aadmi Party chief Arvind Kejriwal are holding a roadshow in Amritsar today to celebrate the party’s landslide victory in the Punjab assembly polls. The leaders visited the Golden Temple before commencing the roadshow.

Mr Mann, who won from the Dhuri seat by over 58,000 votes, was elected the AAP’s legislature party leader at a meeting of the party MLAs in Mohali on Friday. He met Governor Banwarilal Purohit at Raj Bhavan in Chandigarh on Saturday to stake a claim to form the government.Bhagwant Mann’s swearing-in ceremony will be held on March 16 at Khatkar Kalan, the native village of freedom fighter Bhagat Singh.