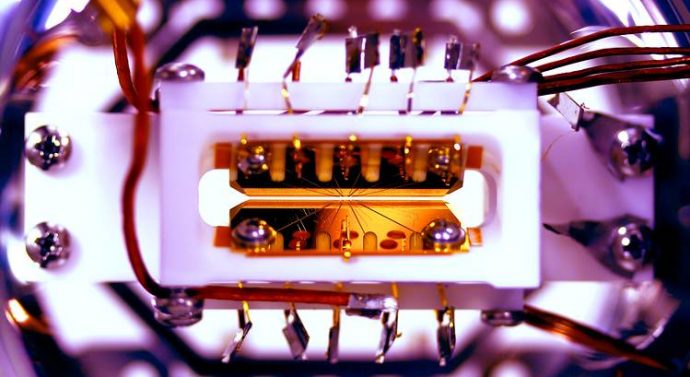 Scientists Harness Quantum Physics to Build a Programmable Computer, Scientists engineered a high-tech computer that can run several simple programs by harnessing the relationships between tiny particles, or quantum mechanics, according to a new report Wednesday. It adds the chapter in the computer science with quantum physics.

Classical computers use binary bits of information, whose values alternate between 0 and 1, to store data. According to new research the prototype quantum computer can run three basic programs. Quantum computers use smaller units—“qubits”—which can simultaneously be 0 and 1. That duality underpins their rapidity and potential supremacy over conventional devices like laptops and servers. In term of quantum physics it provides information about the probability amplitude of position, momentum, and other physical properties of a particle.

It works on the basis of quantum physics which denote the tiny particle and elaborate black body radiation with quantum mechanics. The new device combines magnets, lasers and five individual ions, or charged atoms, trapped in single file. Each atom represents singular qubits. The team of researchers, at the University of Maryland in College Park, used the mechanism to run three different basic algorithms, including a primitive version of the algorithm that underlies encryption technology. Basically that may provide the more opportunity to work with quantum physics and computer programming.