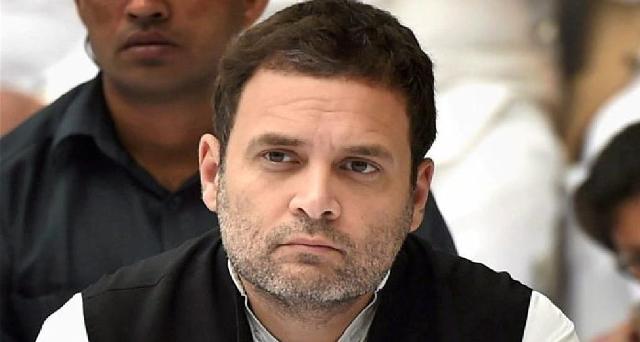 There has been a dispute over the alleged statement of former Congress President Rahul Gandhi on Kashmir. Pakistan has written a letter to the United Nations making Rahul Gandhi’s statement as a weapon. In a letter written by Pakistan’s Human Rights Minister Shirin Mazari, it was claimed that after the removal of Article 370, Rahul Gandhi referred to the death of people in Jammu and Kashmir.

Let us know that on Sunday, former Congress President Rahul Gandhi said in a tweet, ‘It has been 20 days to curb the freedom and civil liberties of the people of Jammu and Kashmir. The opposition and media realized the harsh force and administrative brutality being exercised on the people of Jammu and Kashmir when they tried to visit Srinagar on Saturday. Pakistani newspaper Don prominently published this tweet and statement of Rahul Gandhi. Later, the leaders also took it prominently and presented it extensively among the people. The human rights minister Shirin Mazari even went on to say that Rahul Gandhi had mentioned the death of people in Kashmir.

Pakistani Human Rights Minister Shirin Mazari said, ‘Mainstream politicians of India like Congress party leader Rahul Gandhi had accepted that people are dying in Jammu and Kashmir. There (Kashmir) is going very wrong. Shirin Mazari also referred to the statement of Haryana Chief Minister Manohar Lal Khattar, in which Khattar had given a statement related to marrying Kashmiri girls. The Congress has rejected this claim of Pakistan regarding Rahul Gandhi’s statement.

Recently, Shirin Mazari accused Twitter of favoring Prime Minister Narendra Modi and the Government of India. Twitter suspended about 200 accounts in Pakistan for spreading fake news in Kashmir. In this case, the screenshot of the mail of the Twitter notice was shared on the social media by Pakistan’s Human Rights Minister Shirin Mazari. He wrote with it, “The twitter management has gone a long way in becoming the spokesperson for a poor Modi government. They have sent a notice to our President! Very distasteful and totally ridiculous.”

Rahul Gandhi's statement that Pakistan made weapons in the UN