Home / Entertainment / Rakhi Sawant will be seen with ‘Secret’ husband in Bigg Boss 13! 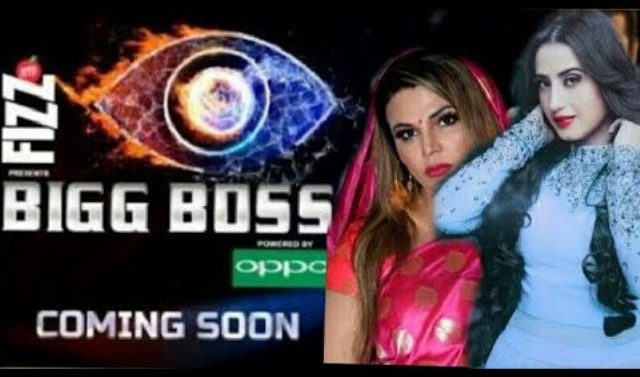 The Bigg Boss fanclub account claims that Rakhi Sawant’s husband Ritesh can be seen in the grand premiere episode of Bigg Boss Season 13. It is reported that on the day of Salman’s show, Rakhi will be seen with her secret husband Ritesh on the premiere.

Rakhi Sawant herself has revealed that she has been called in the launch episode of Bigg Boss 13. Where she will perform on her brand new video song Chhappan Chuori.

On Insta, Rakhi shared the video and said- ‘I am doing an opening act in Big Boss on Chhappan Chori Song. Thank you Salman for supporting me. How many seasons have I performed with Salman Khan? I messaged Salman Khan and Colors today, they agree with this.

Rakhi Sawant’s song Chhappan Chupri has become popular. The stars of TV and Bhojpuri industry are supporting this song. All are appealing to their fans to see this video song of Rakhi.

Rakhi Sawant has done a tremendous dance in Chhappan Churi Song. The song is sung by singer Mandakini Bora. Rakhi Sawant has been in the limelight due to her marriage and song.

It will be special to see Rakhi Sawant on the stage of Bigg Boss. The arrival of Rakhi in the premiere episode of the show is a big hit. By the way, even before this, Rakhi as a guest show has spread the dance floor.

Rakhi Sawant has also participated in Bigg Boss. Now when Rakhi Sawant brings her husband in front of the world in the biggest reality show of the country, it is sure to strike. The show will also benefit from TRP.