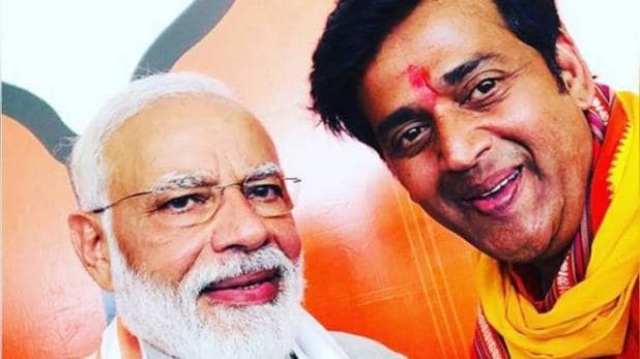 Film actor and Bharatiya Janata Party MP from Gorakhpur Ravi Kishan will make a film on PM Narendra Modi. He has urged the Bihar government that it should be made mandatory to play Bhojpuri films on one screen in Bhojpuri multiplex. He said, “My request to the Government of Bihar will be to show a Marathi film in Maharashtra as there is a compulsory in multiplex, in the same way, Bihar should also compile for Bhojpuri that a show of Bhojpuri (films) in multiplex.”

Ravi Kishan has said that he will make a film in Bhojpuri on the life of Prime Minister Narendra Modi so that this speaking society can also know about Modi’s life. He said before the 2019 Lok Sabha elections that he would start work to make a Bhojpuri film on the life of Swami Vivekananda and former Prime Minister Atal Bihari Vajpayee after the election.

Ravi Kishan had said in a statement before the election that I am very much in the life of Modi ji. He said, “In 2014, when Modi ji talked about the toilet … I had seen it for the first time that a Prime Minister could think this too.” He said, “I was very impressed with him. The Bhojpuri actor said that he will start working on these films after the elections.”