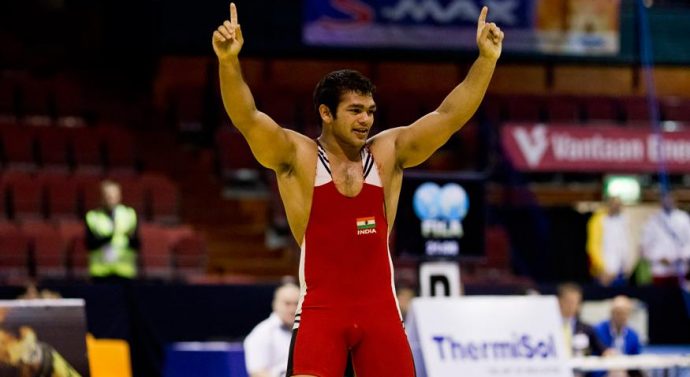 In the Rio Olympic 2016, wrestler Narsingh yadav face the verdict of CAS in their doping test case.  WADA challenged the NADA’s decision and moved the CAS amid speculation that the wrestler may face a ban up to four years.

To say that Indian wrestler Narsingh Yadav has endured a rocky road to Rio, but after CAS verdict, it is clear that Nersingh yadav did not participate in the wrestling game 4 year. Narsingh has had an arduous journey to the Rio Olympics 2016.

The CAS body had set aside the decision of the Indian anti-doping body, NADA, and slapped a four-year ban on Yadav.

Who cares, if wrestler Narsingh Yadav cried for hours after hearing the news that he has been slapped with a four-year ban by the Court of Arbitration for Sports (CAS) late on Thursday. It start with the cheat game happen with them Yadav had said that his supplements and water had been sabotaged and lodged a police complaint against a junior wrestler, accusing him of contaminating his food at the Sports Authority of India (SAI) training centre in Sonepat.

That matter starts some time ego, just weeks before the start of the Rio Games, Narsingh tested positive for a banned anabolic steroid, methandienone, in tests conducted by National Anti-doping Agency (NADA) on 25 June, followed by a hearing by the NADA disciplinary panel.