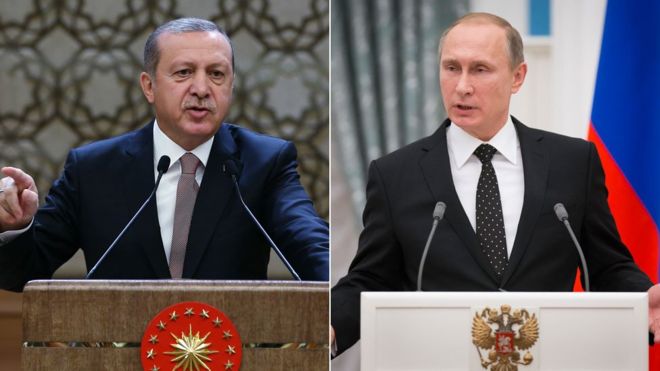 Turkey and Russia yesterday reached a clear consensus, after a meeting between the Turkish leader and his Russian counterpart Vladimir Putin.  There is clear agree between Turkey and Russia on normalizing ties, an official in President Tayyip Erdogan’s office said on Tuesday. St. Petersburg.”Both sides are determined to take relations forward.”

It was the first meeting between Putin and Erdogan since Turkey shot down a Russian fighter jet last November, sparking a deep diplomatic crisis. The general mood has been very positive, After meeting.