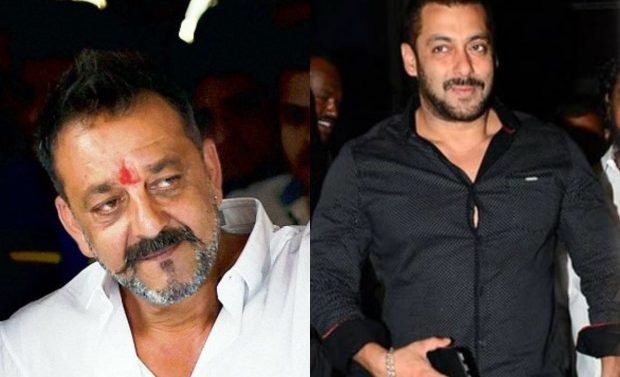 Contrary to early reports that the duo had a fallout in June this year, Salman and Sanjay were and still are good friends.

According to a report in Mumbai Mirror , when asked about his rumoured war with Salman Khan, Sanjay Dutt said that the Sultan actor is like his younger brother.

“What jhagda? I went to his Ganpati celebrations when I was out on furlough and no one wrote about it. But he didn’t visit me after I returned and that was news. He’s a busy actor, he was shooting far away, he can’t be sitting at my house 24×7 but he’s still my younger brother,” Sanjay said.

Through out the first half of the year, there were rumours of Salman and Sanjay not seeing eye to eye. Initially, there were reports that Sanjay was miffed with Salman when the latter reportedly asked Sanjay to hire his manager, Reshma Shetty, to resuscitate his post-imprisonment carer.

Later, on his 57th birthday, the Munnabhai star rubbished all rumours and told India Today, “Who fights with their brother? He Salman called and wished me.”

However, soon news came in that the two stars had an altercation in June in Madrid where the IIFA Awards were being held. If a report in Spotboye.com is to be believed, Sanjay apparently asked Salman to leave his hotel suite when the latter tried to advise him on how to revive his Bollywood career.

On the career front, Sanjay Dutt will be reprising his iconic role of Ballu Balram from the 1993 film Khalnayak in the film’s sequel.