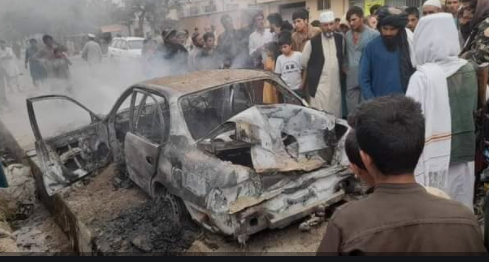 Several rockets were fired at Kabul’s airport Monday, witnesses and security sources said, less than 48 hours before the United States is due to complete its troop withdrawal from Afghanistan. The sound of rockets whooshing over the capital was heard by AFP staff before the morning rush hour began.

A security official who worked in the administration toppled two weeks ago by the Taliban said the rockets had been fired from a vehicle in north Kabul. The sound of the airport’s missile defence system could be heard by local residents, who also reported shrapnel falling into the street suggesting at least one rocket had been intercepted.

An evacuation of foreigners and Afghans considered at risk of Taliban retribution for working with US-led forces for the last 20 years is in its finals stages and will officially end Tuesday when the last American troops pull out.