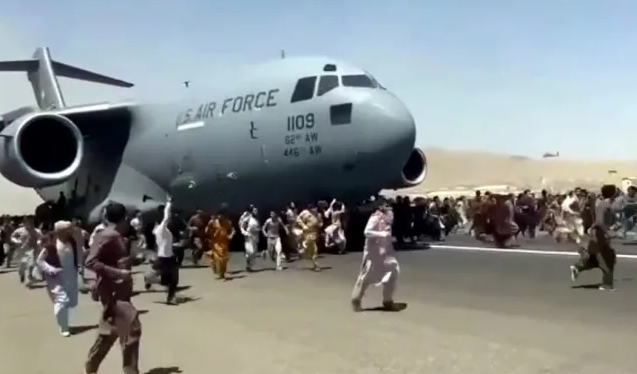 With the Taliban establishing its rule over Afghanistan after completing the capture of capital Kabul, shocking visuals from the country are pouring in showing panic-stricken people desperate to flee the country.

The unbelievable video showed an airplane taking off from Kabul airport and at least three people falling off a US military plane. According to reports, locals near Kabul airport claimed that they saw three men holding themselves onto the wheels of the aircraft and later fell to their death.