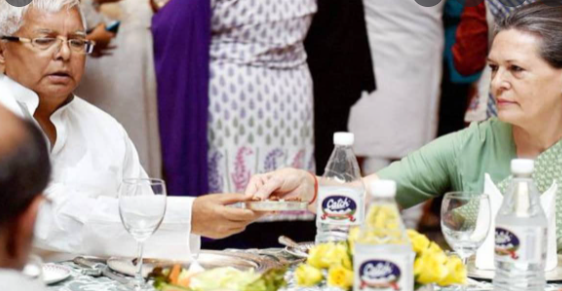 Congress president Sonia Gandhi dialled Lalu Yadav on Tuesday amid signs that the Rashtriya Janata Dal (RJD) leader considers his long-time ally a dead weight in Bihar, especially with the approaching by-polls becoming a flashpoint between the parties.

Lalu Yadav, returning to Bihar politics after three years in jail and hospitals, held up a giant red flag for the opposition alliance on Monday as he publicly dissed a Congress leader and questioned what good the alliance had done for his party.

Significantly, Sonia Gandhi called Lalu Yadav soon after a meeting of the Congress’s state chiefs, in which the party’s problems in various states was reportedly discussed threadbare.

In the Congress meet, Sonia Gandhi urged her party leaders to focus on discipline and unity “overriding personal ambitions”. She also commented on what she called “a lack of clarity and cohesion” among state level leaders.