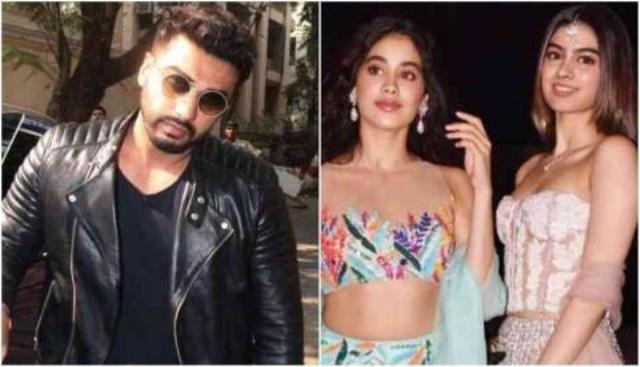 Bollywood veteran actress Sridevi died due to cardiac arrest in the hotel in Dubai. Sridevi’s daughters Janhvi and Khushi Kapoor are very shocked by this news. However, their elder step-brother Arjun Kapoor who once denied accepting them as sisters is with them. According to sources, Arjun talked to them on a phone consoled his both sisters.

This is known that when producer Boney Kapoor married to Sridevi after leaving his first Mona Shorie Kapoor also the mother of Arjun Kapoor, the Gunday actor was very angry with them. After grown up, Arjun even said several times that he has no connection with Sridevi and her daughters.

He said in an interview, “I have no relation with Janhvi and Khushi and we never spend time together. So these relation doesn’t matter to me.”

He also accepted that he doesn’t like Sridevi and she is just his father’s wife for him. This is to notice that Arjun Kapoor is Boney Kapoor’s elder son with his first wife Mona Kapoor. He also has a daughter Anshula Kapoor but Arjun and Anshula always have maintained distance from Sridevi’s family.

Arjun Kapoor was in Canada for shooting of Namastey Canada with Parineeti Chopra, however, when he got to know about Sridevi’s demise he immediately left for India.