Home / World / Syria : US- Russian attacks continued even after the ceasefire agreement 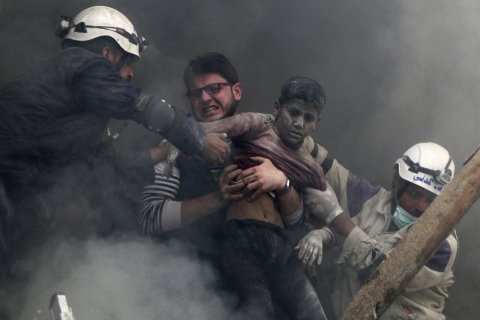 Syria. In order to address the worsening situation in Syria between Russia and the US have been compromised. After the deal, the rebels occupied the area, Idlib and Aleppo in the attacks. Because of the attack, 82 people were killed.

While US Secretary of State John Kerry are in agreement after Syria promised to come down naturally in the war. Syrian President Bashar al-bsd resumption of the peace statement Saturday in parts of Syria again became violent incidents.

According to an news, ground and air strikes in Aleppo on Saturday, at least 45 people died and 37 people were killed in Idlib and 100 people were injured. Stop the war in Syria, the US and Russia together to restore peace and made an offer. Accordingly, the ten-day cease-fire in Syria will be implemented from Monday.

The proposal has been welcomed by Turkey and the European Union. Syria five years ago began to struggle against Bashar al-bsd. Since the conflict began in other parts of the world millions of people are forced to live as refugees.

Syria US- Russian attacks continued even after the ceasefire agreement