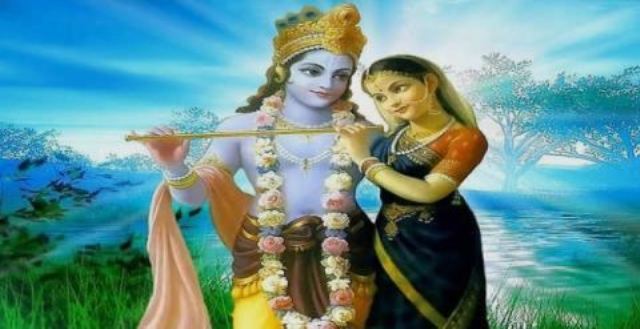 Whenever it comes to love stories, its saga begins first with the story of Radhe Shyam. If you believe in old age, then when love emerges, then the love story of Lord Radha is told. This love story of Dwapar era is still going on.

In other words, when the story of Radha and Shri Krishna is mentioned in the story, it is of course that this question arises in everyone’s case that when Krishna loved Radha, why did he not marry her? Well, that many stories about this are available in our ancient myths.

What is said in the stories about the saga of both of them, today we are going to refer to him today through this report.

As you know, Lord Vishnu used to incarnate on earth again and again, when Vishnu took the Avatar, his wife Lakshmi would have been incarnated with him in some form of Avatar. When Vishnu incarnate as Ram, then Lakshmi had incarnated as Sita, when he became Sri Krishna, then Lakshmi took the form of Rukmani. It is said that Rukmini was born at King Bhishmat, but it is said that after birth, Pootana had tried to kill her like Krishna, After this, when Pootana was taking her away, then Rukmini started to increase her weight. Due to this, when Pooatana dropped her on the earth, then Rukmini fall on a lotus flower in a lake in Mathura.

After this, Vrushavaan, who was passing by there along with his wife and took that child and raised her like his own daughter, and after raising Rukmini, He changed her name to Radha from Rukmini.

After this you must have information of all about Radha and Krishna’s Raslila. But Lord Krishna, who loves Radha, went away leaving Radha, but he thought that he would marry only her when he returns. But in the meantime, Rukmini’s father Bhishmaat realized that Radha is his daughter and he took her along with him to Vidarbha state.

Vidarbh state was counted among the enemies of Krishna. Therefore, Bhishmaat is doing the same thing as Rukmini’s marriage, but on this day, Krishna Rukmini, who kidnaps Radha aka Rukmini and makes her his wife.

According to thos story the Radha and the Rukmini were the same, so Radha and Krishna were not married.

This story is described in Mahabharata.