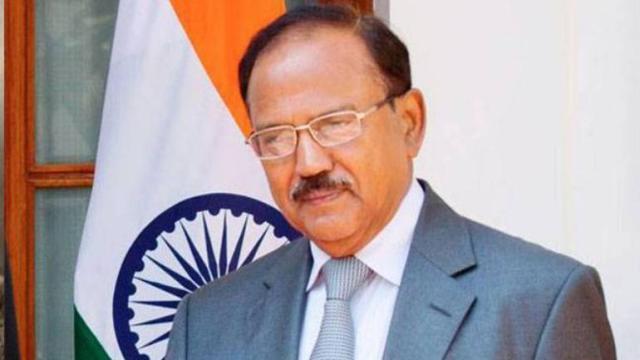 NSA Ajit Doval said that there have been many talks on terrorism, everyone has been fighting against terror for 3 decades. Fighting terrorism is in everyone’s mind, but you do not fight terrorism directly because you are focusing on killing terrorists, eliminating weapons, stopping funding and considering it as part of the fight.

Ajit Doval said that when the fear of terrorism increases among the people, it becomes the responsibility of the government to fight the fight against it. He said that many things are necessary to fight against terrorism, firstly it is necessary to know who the terrorist is, where he is getting the money from, who is helping him. It is important to know terrorism and terrorist.

After this information, our effort should be of action, in which it is necessary to weaken it, stop the money, stop the weapons. NSA said that this is not enough, we also have to work according to the law. There is a fight against terror, past and present, but it is necessary to end its future. It is important to hurt his ideology.

Ajit Doval said that the Army, NIA, IB, RAW have different responsibilities, but the state agencies face terror first. He said that investigation starts with intelligence, but all of this has to be handled. Everyone working in the investigation agency is fighting a war against terror.

Addressing the program, the NSA said that the NIA broke the back of terrorism in Kashmir. The money laundering, stopping the flow of money, has caused a lot of injury to the separatists. Those who were getting money from abroad, now it has decreased.

Targeting Pakistan, Ajit Doval said that the terrorism that is being spread in India is a state sponsor, in which the power only works to save the terrorists. Pakistan has made terrorism a part of its system. Every terrorist case in Pakistan is also seen as a normal case. Pakistan thinks that terrorism is a cheap way to fulfill its intentions, which does more harm to the front.