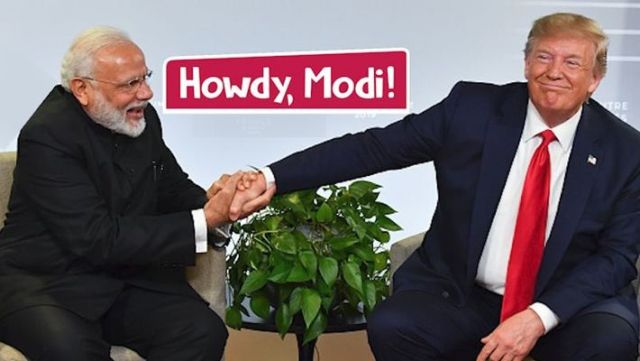 Prime Minister Narendra Modi will address a huge crowd of 50 thousand people today (22 September) at NRG Stadium in Houston. For the first time, the leaders of a country are going to do such a big show in America. This program has been named ‘Howdy Modi’. Prime Minister Modi and US President Donald Trump will also be present in this program. This mega show to be held at Houston’s NRG Football Stadium will be attended by 50 thousand people.

The gates of NRG Stadium in Houston will be opened at 4.30 pm according to Indian time and the stadium will have a cultural program till 9 pm. After this there will be speech by Prime Minister Modi and Donald Trump. The program will conclude at 12.30 pm Indian time.

During this time Prime Minister Narendra Modi and President Donald Trump will address the program. Howdy Modi program will be broadcast live in three languages. Apart from Hindi, English, this program can also be seen in Spanish language.

The first meeting will take place on September 22 in Houston during the program of Indian immigrants, ‘Howdy Modi’, when Trump will address the event. The second meeting will be held on 24 September when the two leaders meet in New York during bilateral talks.

Let us know that Prime Minister Narendra Modi has arrived in Houston on Saturday for a week’s visit to America. On the very first day, PM Modi met the CEO of Energy Sector at Energy Capital Houston and an agreement was reached on 5 million tonnes of LNG. In addition to this, PM Modi met people of Indian community, Kashmiri Pandits and Bohra community in Houston.

-The leader will meet many leaders from all over the world on the issue of terrorism.

September 24: Will take part in luncheon from UNSG.

25 September: Will attend CARICOM meeting. It is possible to meet 20 leaders including Donald Trump.

27 September: UNGA will address the session.