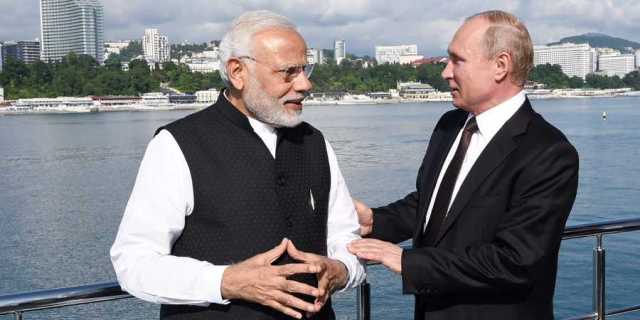 Prime Minister Narendra Modi, who arrived in Vladivostok, Russia on a two-day historic tour, held bilateral talks with President Vladimir Putin on Wednesday. Many important agreements were signed in front of the two leaders in a joint press conference, as well as bilateral and international issues were discussed by the two leaders. During this, PM Modi said on the issue of Afghanistan that India always hopes for an independent Afghanistan. Apart from this, PM Modi said that India-Russia believe that no third country should interfere in the internal issue of a country.

In a joint press conference on Wednesday, Narendra Modi said that today is the 20th summit between India and Russia, when the first summit took place I came here with Atal Bihari Vajpayee as the CM of Gujarat and even then Vladimir Putin Was president. Our effort is to take the relationship between the two countries to new heights.

PM Modi said that nuclear plants are being built in India with the cooperation of Russia, we are taking our relationships outside the capitals. PM said that Indo-Russian defense, agriculture, tourism, trade are moving forward. Our cooperation in space is continuously moving forward.

PM Modi said that India wants to see an Afghanistan that is free, peaceful and democratic. We are both against external interference in the internal affairs of any country. Next year, India and Russia have agreed to hold a big forum on tiger conservation.

Foreign Ministry spokesman Ravish Kumar tweeted that a total of 15 MoUs have been signed between the two countries. Prime Minister Narendra Modi will again visit Russia in May next year. Russian President Vladimir Putin has invited him to celebrate 75 years of Russia’s victory in World War-2.

Vladimir Putin said that the decision we had taken in the last meeting was reviewed today. He said that our priority is investment and trade, both of which have increased by 17 percent. I am confident that both countries will move forward on many more front.

The President of Russia said that today there are agreements in security, trade and energy. Putin said that we want to welcome Indian companies to Russia. India and Russia have a very good relationship on weapons, we are taking steps towards building missile systems and rifles in India. Vladimir Putin said that strategically the history of both countries is very old.

Significantly, on Wednesday, several important agreements were signed between India and Russia between the two countries, in which the fields related to defense-trade-tourism-energy were important.

15 agreements signed between India and Russia