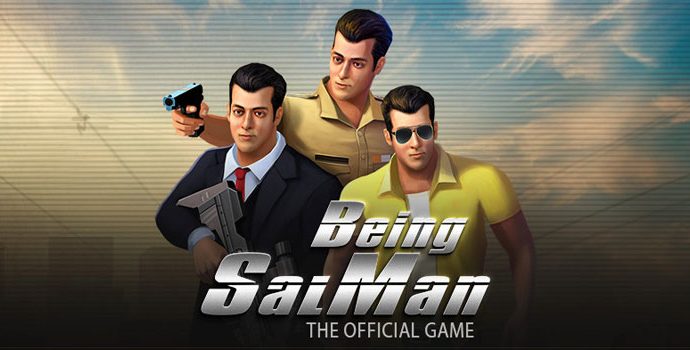 Now, you can graduate from being a Salman Khan fan to being bhai yourself. Salman Khan released the trailer of his official action video game Being SalMan on Twitter on Sunday August 28.

The game features three playable characters – all based on the heroes of Salman Khan’s films. The three characters are Chulbul Pandey from the Dabangg films, Tiger Ek Tha Tiger and Prem all Sooraj Barjatya films with Salman.

Being SalMan can be downloaded and played on both Android phones as well as iPhones.

On the film front, his last film Sultan recently completed 50 days in Indian theatres. The film is one of three films to have grossed Rs 300 crore at the Indian box office. The other two films are Bajrangi Bhaijaan and PK.

His next film is Kabir Khan’s Tubelight, set during the 1962 Sino-Indian war, which is scheduled to release in theatres on Eid next year. The film marks the Bollywood debut of Chinese actor and pop star Zhu Zhu.