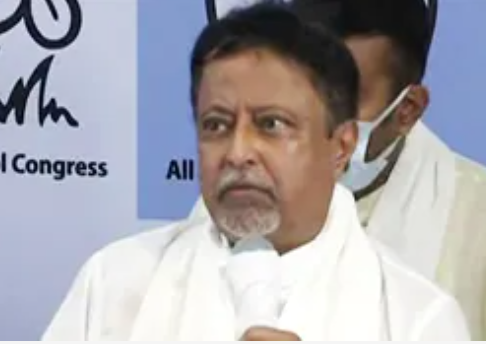 Trinamool Congress (TMC) leader Mukul Roy, who recently rejoined the party days after winning from Krishnanagar North assembly seat on a BJP ticket, left reporters stunned when he said that the BJP will win the upcoming by-poll in the state. However, the BJP greeted the comment with euphoria, saying he had unwittingly spoken the truth.

Mukul Roy had defected from TMC, with which he had been associated since its inception, to BJP in 2018 following differences with its chief Mamata Banerjee and played an active role in the BJP’s Lok Sabha win in 2019. He had returned to the TMC fold shortly after his victory from Krishnanagar North as a BJP candidate in May this year.

A TMC leader from Bengal’s Nadia district said, Mukul da had inadvertently referred to BJP which was a slip of tongue. He actually meant TMC will win handsomely in the next by-poll. He also said BJP will be nowhere.