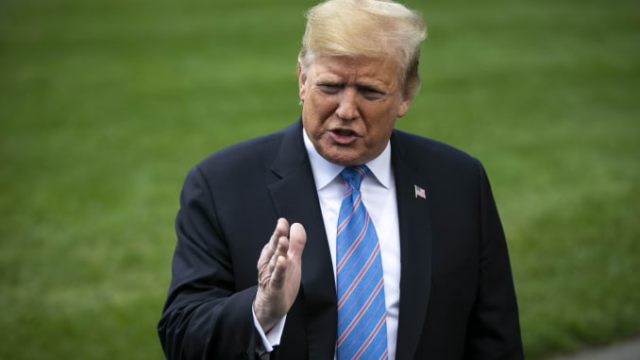 On 11 September 2001, the terrorist attack on America’s World Trade Center was on Wednesday. On this occasion, several programs were organized all over America, in one such event, when US President Donald Trump arrived, he openly threatened the Taliban and other terrorist organizations. Trump has said that whoever takes a bad look at America, we will attack him that has not happened till date.

The special thing is that Donald Trump had invited the Taliban to come to Camp David of America under Afghanistan peace talks only a few days ago. Camp David is the area where the President of America meets at his most special, this is monitored by the whole world. But something happened within 10 days that now Donald Trump has given the biggest threat to the Taliban.

Addressing a gathering at the US Defense Ministry Pentagon, Donald Trump said on Wednesday that he (the terrorists) thought he would show his strength by attacking us, but it was his cowardice. Now if anyone thinks of attacking us, then it will be his mistake and we will attack him which has not happened yet.

Trump also said that I am not talking about nuclear power here, but what will happen will be something that no one has ever seen.

Let us tell you that at the last time, US President Donald Trump canceled the talks with the Taliban. In fact, there was an attack in Kabul in the past, in which 11 people were killed, including an American soldier after this, after which the angry Trump refused to talk to the Taliban.