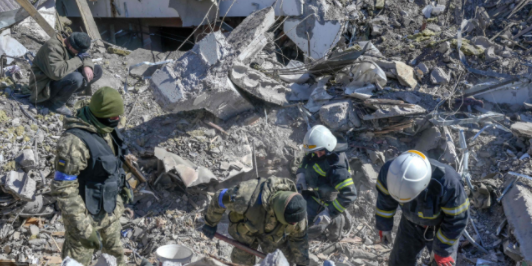 Ukrainian Missile Hits Military Camp Inside Russia: Report
Russia-Ukraine war: The footage of the blast is being widely circulated online.

The Ukrainian forces may have struck a target inside Russia, multiple publications reported. The Russia-Ukraine war has been going on for more than a month and so far, with numerically superior Russia penetrating deep inside the Ukrainian territory.
Footage has emerged from Belgorod, in western Russia, which shows an encampment – believed to be an arms depot – hit by a Ukrainian missile late on Tuesday night.