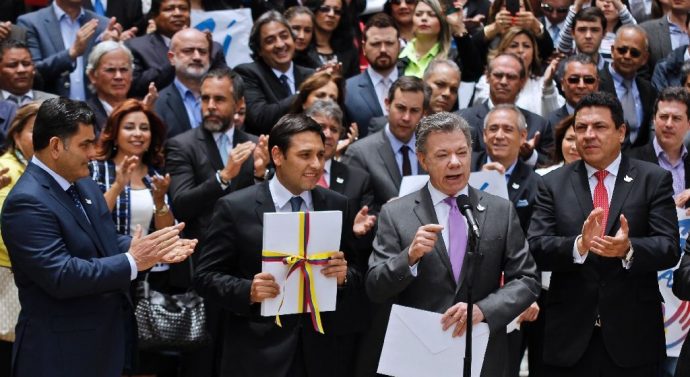 With the peace deal, the FARC will begin moving its estimated 7,000 fighters from their jungle and mountain hideouts into disarmament camps set up by the United Nations. For this historic peace deal Colombia’s president Juan Manuel Santos said that Colombians would decide to approve or reject the peace accord in a plebiscite vote on Oct. 2

Colombia in achieving a final peace agreement, The Council warmly welcomes the conclusion of negotiations in Havana this week between the government of Colombia and the Revolutionary Armed Forces of Colombia, FARC-EP.