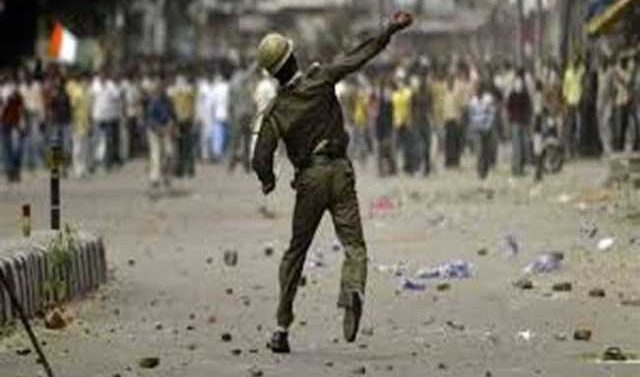 Pulwama to tackle the situation in the army had to flag march. While hospitalized for a month, a young man died of Budgam. The 83 is the number of those killed in the violence. Hizb militant Burhan eight deaths in Kashmir started off on July, the 65th day of a series of violent protests continued. The whole valley was closed in general.

Two days after the Eid. Divisional Commissioner, Kashmir baseer Ahmad Khan Sunday claimed that curfew was not anywhere. Curfew in three police station areas of Srinagar city was as administrative sanctions. Anantnag was also sealed. In other areas, strictly enforce the injunction had come off the paths.

Uncontrollable situation in the Kashmir