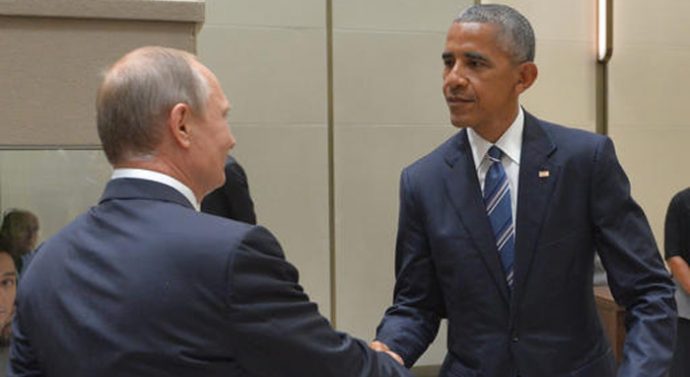 In the G20 summit, economic power summit in theHangzhou china. The US and Russia struggled on Monday to keep alive negotiations to end the bloodshed between US-backed rebels and Syria’s Russian-aligned regime.

Washington and Moscow support opposing sides in the five-year conflict, which has killed around 300,000 people and forced millions to flee.

White House spokesman Ned Price said Obama and Putin were huddling on the sidelines of the Group of 20 economic summit, with details of their informal meeting expected to be released later on Monday.

Even as top diplomats vowed to keep trying, President Barack Obama expressed skepticism that an unlikely alliance between rivals would yield the breakthrough needed to end the 5-year-old civil