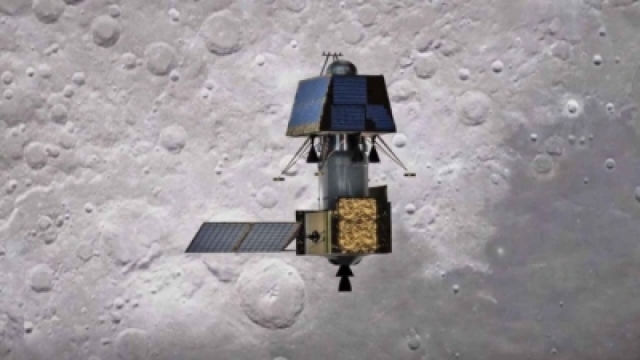 At the same time, the orbiter is moving around the moon in an elliptical orbit with 96 km apogee and 125 km perigee. Chandrayaan-2’s Vikram lander and orbiter are circling around the moon at a speed of about 2 km per second. Chandrayaan-2 is made up of three parts – first- orbiter, second- Vikram Lander and third- Pragyan Rover. Inside the Vikram lander is the Pragyan Rover, which will exit after a soft landing.

On September 4, after changing the moon’s orbit for the second time, i.e. after reaching the nearest orbit of the moon, by September 6, the health of all the sensors and payloads of Vikram Lander will be examined. The health of Pragyan Rover will also be investigated.

1:30 to 1.40 pm (intermittent night of 6 and 7 September) – Vikram Lander will start descending to the south pole of the moon from a height of 35 km. Then its speed will be 200 meters per second. This will be a very challenging task for ISRO scientists.
1:55 pm – Vikram Lander will land in the ground between two craters Manginus-C and Simpelius-N at the South Pole. From a height of about 6 km, the lander will land on the lunar surface at a speed of 2 meters per second. These 15 minutes will be very stressful.
3.55 pm – Vikram Lander’s ramp will open after about 2 hours of landing. Through this, the 6-wheeled Pragyan Rover will land on the moon’s surface.
5.05 am – Solar panel of Pragyan Rover will open. Through this solar panel, he will gain energy.
5.10 am – Pragyan Rover will start walking on the surface of the moon. He will travel for 14 days on the lunar surface at a speed of one centimeter per second. During this time, he will cover a distance of 500 meters.