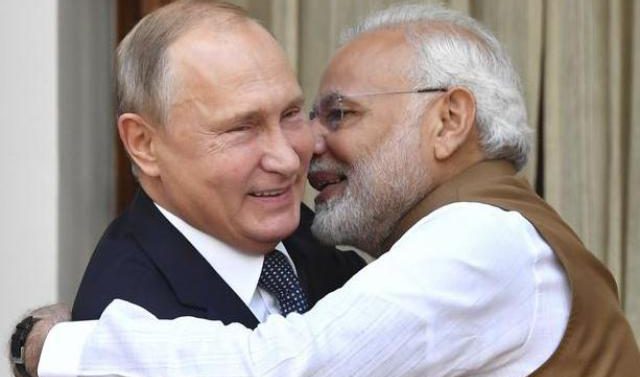 Prime Minister Narendra Modi is going on a two-day visit to Russia on 4 September. He will be the Chief Guest of the Eastern Economic Forum held on 5 September in Vladivostok. During this, on September 4, Russian President Vladimir Putin will give him a one-to-one dinner. During this time there will be an annual bilateral dialogue between the two leaders after which 25 agreements related to trade, defense, investment, energy, industrial cooperation, etc. can be signed.

During the dinner, the two leaders will further strengthen their personal relationships and take steps to effectively coordinate key global issues such as Afghanistan, Pakistan. Yuri Ushakov, an aide to the President of Russia, told Russian media recently, “During such talks, the main international and regional problems, coordination in the international arena, etc. are discussed with great confidence and clarity.”

Significantly, in October last year, President Putin visited India for annual talks, when PM Modi organized a one-to-one dinner for him at his residence. Earlier in April 2018, when PM Modi was supposed to attend an informal summit, he spent a lot of time alone with Putin and Putin himself came to leave PM Modi to the airport.

According to the Economic Times, the personal relationship between the two leaders has become very strong, due to which the relationship between the two countries has improved in the last few years. Russia is the first permanent member country of the Security Council to support India’s 370 move on Kashmir. In Vladivostak, the two leaders will issue a joint statement titled, ‘Through Trust and Partnership to New Heights of Cooperation’. On this occasion, the President of Russia will present a postage stamp to Modi, which has been issued on the occasion of 150th birth anniversary of Mahatma Gandhi.

During this time there will be agreements related to education and Sanskrit through which the number of Indian students in Russian educational institutions will be increased. Both sides are preparing a roadmap to increase investment and trade and this will be finalized during PM Modi’s visit.

During this visit of PM, there may also be agreement on the installation of six nuclear reactors in India. The Eastern Economic Forum is being organized from September 4 to 6 at the Far Eastern Federal University Campus in the Russian city of Vladivostok. This forum was founded in the year 2015 by Russian President Vladimir Putin. This forum is designed for the development of Russia’s Far East region and the expansion of international cooperation in the Asia-Pacific region. This year is the fifth event of this forum.