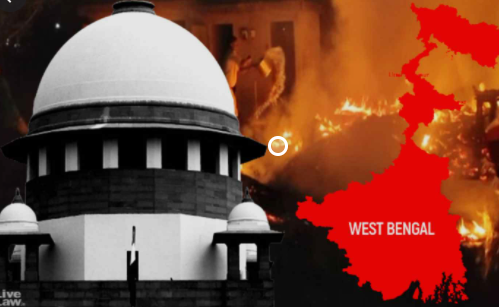 The Central Bureaur of Invesitgation (CBI) on Thursday registered nine cases in connection with post-poll violence in West Bengal. All the four special units of the investigating agency, tasked to probe the cases of violence, have moved their units from Kolkata to crime scenes across the state, government sources said.

The Calcutta high court had recently ordered a ‘court-monitored’ CBI probe into cases of murder, rape and attempted rape during the poll process in Bengal and set up a special investigation team under the supervision of a retired Supreme Court judge to probe other criminal cases.

Within 24 hours of the Calcutta High Court’s order for a Central Bureau of Investigation (CBI) probe into the alleged post-poll violence incidents in West Bengal, two caveats were filed back to back at the Supreme Court on Friday.