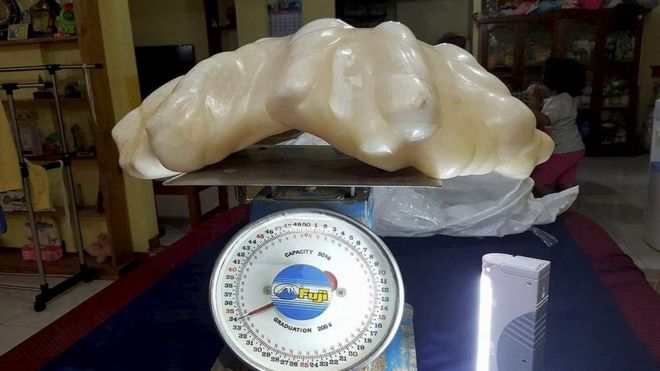 A 34kg pearl worth $100million, the biggest pearl gem is found in Philippines and the pearl was found 10 years ago mean it was found in 2006 by a fisherman who was unaware of its value and kept it as a good luck charm, Palawan official Aileen Amurao said. A 34kg pearl worth $100million, displayed yesterday in Philippines, is being dubbed as the world’s largest pearl ever.

Philippine officials believe they may have recovered the biggest natural giant clam pearl in the world – weighing a whopping 34kg; it was found during the trips into the sea off the Coast of Palawan Island.

It displayed to the world only yesterday, the pearl’s discovery had taken place at least a decade back. Probably unaware of the gigantic gem’s value, the fisherman had kept it tucked under his bed as a “good luck charm” for the last ten years.