Home / World / A Wounded Child in Aleppo, shocks the world 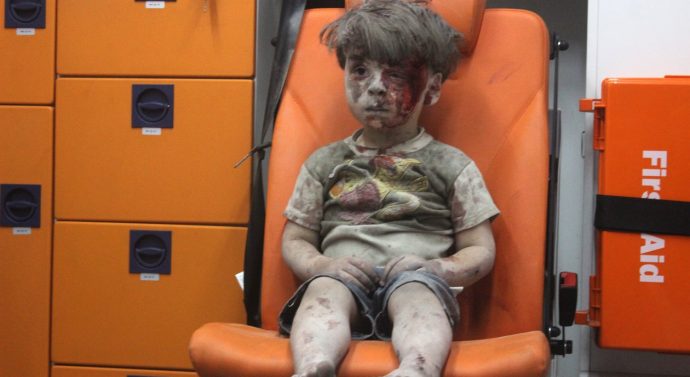 It make shock the world when A 5-year-old boy, identified in news reports as Omran Daqneesh            Wounded in air strikes in Aleppo,

Surrounded by shouting, he’s completely silent. The child is small, alone, covered in blood and dust, dropped in the back of an ambulance with his feet dangling off the edge of a too-big chair. He doesn’t cry or speak. His face is stunned and dazed

Bibars Halabi is the White Helmet volunteer who carried Omran to the ambulance. The Syrian Army in Aleppo, Danish Imran was injured in an air raid.